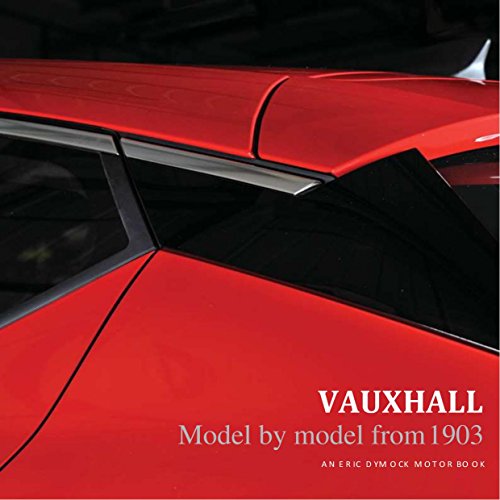 This is the ebook of the popular full-colour hardback 2016 book (printed version ISBN 9780957458543), written by automotive historian Eric Dymock. It's a detailed history of Vauxhall and its models - from engines at the Vauxhall Ironworks at Lambeth, to car factories in Luton and Merseyside. There's a summarised chronology - and description and full specifications of all the car models up to 2016.

Vauxhall’s history is a fascinating one. A story that includes some great engineers and some fantastic cars, and a brand that has touched the lives of millions of people in Britain, be it as owners, employees or simply those who have travelled in a Vauxhall car.

Pictures throughout show the Edwardian splendour of the Prince Henry and the 30-98 which transformed popular cars in Britain with independent front suspension and integral body structures, making D-type army staff cars in 1914 then Churchill tanks in 1941. Model-by model entries include the whole panoply of Vauxhall up to and including the 2016 Astra.

This is an independent book written by Eric in his own inimitable style. Rory Harvey, Chairman and Managing Director, Vauxhall Motors, wrote that in this book “you will see the sheer breadth of Vauxhall achievements … From a 5hp car that started our journey in 1903, through to the latest and greatest Astra nearly 15-million vehicles later, Vauxhall is securely woven into Britain’s motoring fabric.”

A great gift for the motoring enthusiast who wants details on Vauxhall cars at a click - whether for reference, browsing, or settling those round-the-dinner-table discussions. In full colour for those viewing on tablets or personal computers.